My diet has been a gradual process of where I've got to with regard to fuelling my mind and body over my life, and changes are ongoing. I find that I make unconscious decisions about diet over periods of time rather than decide overnight. 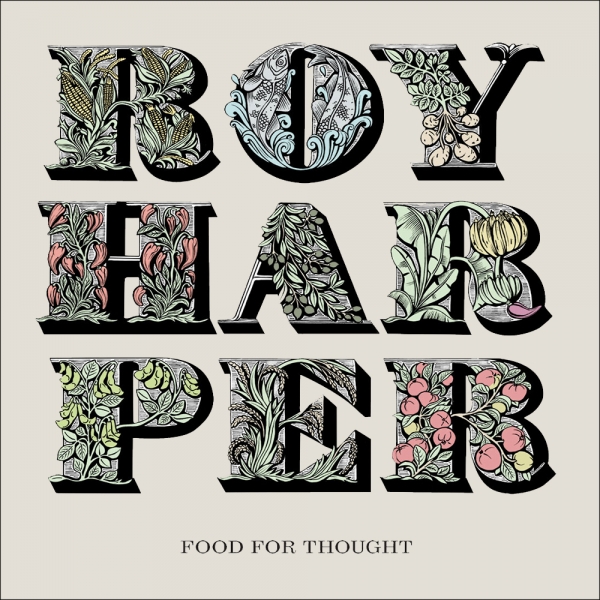 I had an idea for a t-shirt for an age. It was conceived by thinking, as you do, about what makes you tick, and how, and as such is part of the individual internal debate that people have with themselves. An age ago, for instance, I decided that red meat was making me feel a bit sluggish, so there was a gradual move towards a lighter protein source. It didn't happen overnight, but ten years later my dietary protein consisted mainly of fish.

In fact, my diet has been a gradual process of where I've got to with regard to fuelling my mind and body over my life, and changes are ongoing. I find that I make unconscious decisions about diet over periods of time rather than decide overnight. One or two decisions have to be made quickly, like when kidney beans, and then a few years later, caffeine, suddenly became poisonous for me, but in the main, it's gradual.

You are what you eat is one of the great truths. Luckily, I was brought up by the sea, so I really appreciate the value of fish in my diet, and I have to say that I think that fish has contributed hugely to my physical well-being. I often wonder what the balance between conscious and 'unconscious' decisions we make about food really looks like across a population, and why. And how mental states affect dietary choices in the midst of the booming cornucopia we've had in recent generations. Particularly when there is clear scientific knowledge regarding the choice between, say, toxic junk and whole food. Food is fascinating, and dangerous. I guess that in the main, and most of the time I treat it with respect.

Anyway, I decided that it would be good to have a t-shirt that reflected a little of what was going on with the inner self. So, the first line, ROY, consists of three of my favourite staples. First, in the 'R', there are my corn chips, then and most importantly, in the 'O', there is the fish to make fish and chips, with the potatoes decorating the 'Y'. I've found over the years that chips are best when they're baked, with just a table spoon of sunflower oil added. We've been using olive oil, but I'm going to move to sunflower because it can take higher temperatures.

On the next line there are chilies in the 'H' because I always like some spice in my food. Then there are olives, one of my favourite foods, in the 'A'. There are bananas in the 'R'. I don't really eat bananas that much but the raspberries I had in 'R' made the whole design look too red. A certain balance was lost, so I had to go with the designers suggestion of bananas. I recognise the  value of bananas for energy and minerals, but I don't often eat them. If I go to India I'll eat a couple more perhaps.

There are pees, which I love, in the 'P', and equally as important as the fish and chips, there is barley in the 'E' for my beer. Admittedly, this looks a bit like wheat, which I'm starting to ration, but the ears are long, so it's barley as far as I'm concerned... This is all rounded off by the tomatoes in the 'R'. Nothing like a grilled tomato to bring out a bit of flavour..

Bar the banana, these are the foods that I eat almost every day so that they are, in effect, my food for thought, or the food that contributes to feeding my brain.

The pictures were chosen from mainly 19th century designs. I was going for an authentic 19th century William Morris type of effect but it was quite hard to find some of the images I wanted. Particularly some of the more 20/21st century foods, like red snapper madras, sunflower or tuna nigiri.

Write Your Own Review
Only registered users can write reviews. Please Sign in or create an account
To Top