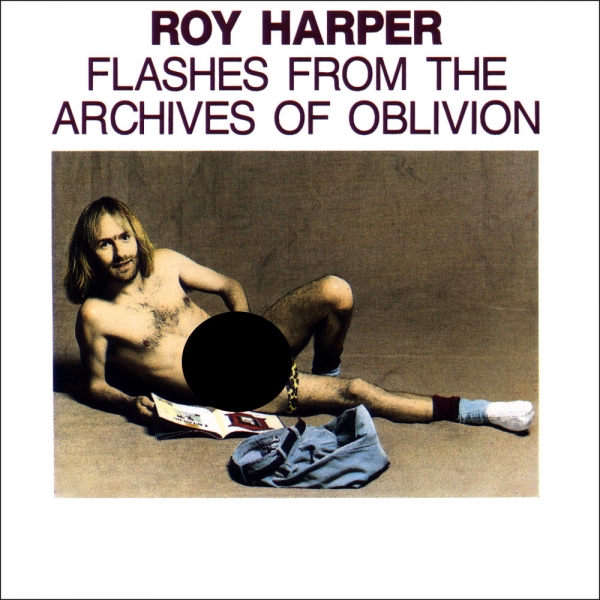 Details
If you like your Roy Harper live then 'Flashes from the Archives of Oblivion' is a very good record. The boys from EMI, headed by John Leckie, turned up to gigs on a regular basis for about a year. They bustled away in the background with techno talk. Sometimes they were in the foreground, muttering and tittering.

Eventually it was decided that enough was enough, and we resorted to the Abbey Road Studios for a week or two to find out what we'd got and to do something about it. Many hours of fun if not games ensued, sorting through a barrow load of tape that was full of good times.

As a footnote, the sleeve caused a strike among the women workers at the EMI factory at Hayes, where the shop stewards found the picture of a naked man in that week's new releases!