The majority of the original songs for the 1978-9 release, which I provisionally entitled 'Commercial Breaks', were released as a record I called 'Loony On The Bus' in the late 1980s. 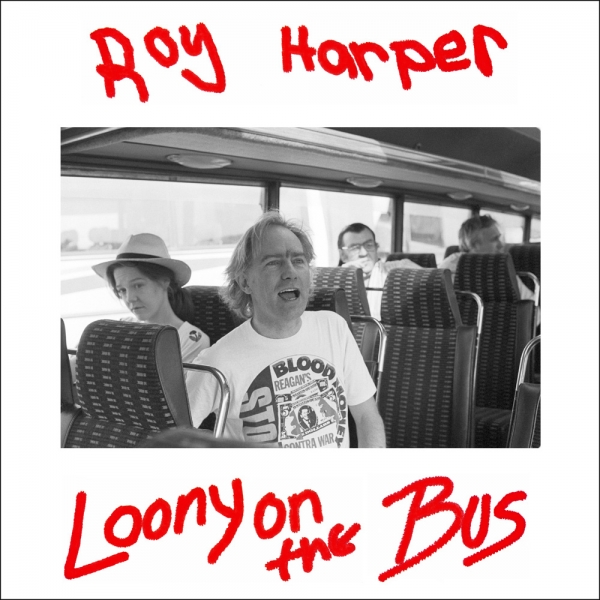 Skip to the beginning of the images gallery
Details
The majority of the original songs for the 1978-9 release, which I provisionally entitled 'Commercial Breaks' (doesn't it?), were released as a record I called 'Loony On The Bus' in the late 1980s. Without being too self-indulgent the short story is as follows. Roy and EMI had been a little unlucky with their last release, Bullinamingvase. The single from the record shot to no. 42 in the chart, with a promise from the Top Of The Pops producer, Robin Nash, to have us on the show as soon as the record reached 40 or better.

That same week the record company released the album, with a free single inside it! ! ! So... that was it for that 'campaign'.. At the time I had a constituency of about 150,000 people. Top Of The Pops would have given us a potential constituency of 13,000,000. The record company then asked me to write another record quickly, and we'd have another go. They said there was no problem with studio time. I tried to conform. I came up with a decent set of demos.... but they looked at me like I was from the undiscovered planet when three months later I asked about studio time. They were completely unprepared.

A record was started, in fits. I played them more demos, some of which would have been on the record. They didn't even want to hear it. They were in the first stages of a collapse in sales compared to the previous ten years. They told me to come back in six months time. The record had been rushed and was in bits. I didn't like it in any case, and by means of withholding the publishing, I pulled the contract from under them. Roles were suddenly reversed, and the shit hit the fan. I was outlawed, and the atmosphere between myself and the record company was dark and palpable. I went gigging.... And they signed Mick Jagger. After a couple of years I started work on a new record, which was to become 'The Unknown Soldier'. The vibes were still bad, and even before its release, we knew that 'The Unknown Soldier' was going to be the end of my relationship with EMI. It was a great pity, but new hands were on the wheel by then. These demos, recorded a year before 'The Unknown Soldier', were destined to gather dust on a shelf labelled 'Commercial Breaks'.. Irony. They only saw the light of day as 'Loony On The Bus', in c.1989, when we needed some cash to start our own company. So in the true sense they were demos that finally served their purpose. They funded a record. (Once). I still don't like either record. For me, they'll always represent strings of unfinished and abandoned ideas.