Be the first to review this product
€12.50
Out of stock
SKU
HUCD031
Released 1980. The 'Unknown Soldier' marked the real end of my relationship with EMI records and, in many ways, regrettably, with the Abbey Road Studios. I got some brilliant help from both Kate Bush and Dave Gilmour, the rest of the circumstances were often unhelpful.
"Wish List"
Share
Facebook Twitter Pinterest Email 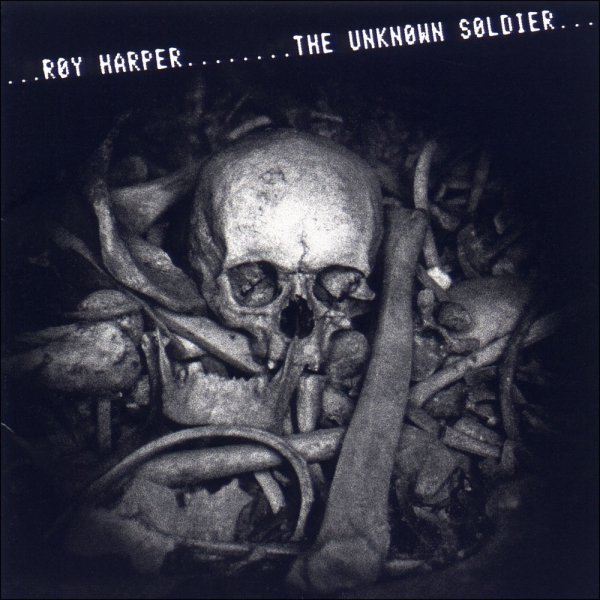 'The Unknown Soldier' marked the real end of my relationship with EMI records and, in many ways, regrettably, with the Abbey Road Studios. It was made after a period of tension which involved writing a record to order, as a quick follow-up to 'Bullinamingvase'. (Namely, 'Commercial Breaks', which I wasn't that pleased with at the time.) Consequently I held the publishing side of 'Commercial Breaks' up so that EMI couldn't release it. This impasse went on for two or three years by the end of which time both parties had thoroughly come to the end of it with each other. 'The Unknown Soldier' was made in this atmosphere, and like any relationship that you know is over; you just wonder how it's finally going to end. The title was not entirely unrelated to my feelings about my own life, caught up in the machinations of the great media palace at the time.

I had struggled to make the record for various reasons and although I got some brilliant help from both Kate Bush and Dave Gilmour, the rest of the circumstances were often unhelpful. However, there were many memorable moments and the songs are definitely up to standard. I think of 'Short And Sweet', 'The Flycatcher', 'You', 'First Thing In The Morning', 'Unknown Soldier', and 'True Story', as classics. One of my friends would kick me around the room for not considering 'Ten Years Ago' and 'Old Faces' to be in the same bag, and so all in all, it's a pretty fair record.

One of my all time favourites of my own songs is 'First Thing In The Morning'. It's difficult to know exactly why this is so but I think it relates to my emotional state when I try to put myself into the place of a first world war soldier or survivor.... and to my own idea of how successfully those extreme, sad, wild and angry emotions show up in the song almost subtly, without being overbearing, triumphal or melodramatic. I think that I really managed to rise to the occasion in both the writing and the performance. I was helped a great deal in the performance by Andy Roberts' almost country interpretation and my own desire to head off into a rockabilly feel in the last verse. It seemed to me to be a pretty perfect interpretation of the inspiration. In one way it is throwaway blasé modern, and in another it is a relevant poem. I never listen to it, but when I hear it it seems to be most apposite.

'You' is remarkable for Kate's vocal. On the day, she picked the song up by the scruff of the neck and shook it up for me. It was quite an experience. We had a big problem with 'True Story'. The original demo that Dave had made couldn't really be bettered and eventually I found myself having to resort to it. Of course I put myself and others across it and on top of it. For feel, it was the only one to go with. Pete Jenner and I had struggled with a couple of studio versions for the best part of a week, after which he went to the USA with The Clash. He came back to find that I was using the original demo and wasn't very pleased, but that's very often the way that it is with demos.

Perhaps the most remarkable moment in the history of the making of this record was the trip I made with Adrian Boot, later to photograph Bob Marley so completely, to the battlefield at Verdun in France to take the pictures for the sleeve. Pete had just read a book called- 'The Price Of Glory' Verdun 1916, by Alistair Horne, and he suggested Verdun as an idea. I seized on the idea immediately and Adrian and I were soon disembarking at Boulogne in an undrivable hired Rover with an arse-end three miles in the air and a steering wheel on the wrong side. We hurtled down France for half a day surviving a period where it rained cats and dogs and at the end of which we walked, stoned and soaked, into a Pension and I asked for a room for the night in my schoolboy French. "Avez vous une chambre ce soir....... etc. And a lizard woman looked us up and down.....

What we saw the following day brought me to tears on a few occasions. A sea of graves, surmounted by a monument the like of which I'd never seen anywhere. In style, it is pure art deco, in deference it is Egyptian, and in effect it is devastating. And it is full of the bones of hundreds of thousands of men; visible through the windows of the basement around the building. We took the pictures, even though it seemed like a sacrilege. And isn't that the nature of our beast?: a very certain irreverence may seem to help with the wisdom. The pathos is deep and beckoning. Guilt barbs the understanding. And there was too much to try to understand. And down the hill on all sides seemed to disappear into a distant desert of excuses. I can't remember the journey home, except for it's silence. 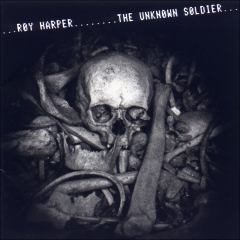 Downloads - MP3 / FLAC
The Unknown Soldier (Download)
€7.00
Write Your Own Review
Only registered users can write reviews. Please Sign in or create an account
To Top